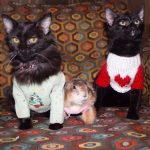 IS IT WEIRD THAT WE SPLIT THE CHECK?

I recently went to get a midnight snack at a fast food joint with my boyfriend. The cashier looked a bit surprised that we were ordering and paying separately. I feel like my relationship is a very fair balance: sometimes he pays for me, sometimes I pay for him, but usually we just pay separately. I see him as an equal and I’m not one to impose gender roles and stereotypes on our relationship. Yet because of the society we live in and how we, as women, were raised, instances like what happened at the fast food place make me question the fact that he didn’t offer to pay for me. Is it normal to feel conflicted about things like this?

I am happy to report that the facial expression of a night-shift worker at a fast food restaurant is probably not the barometer by which you need to gauge your relationship, or the impact that feminism has had on your financial dealings.

I confidently say this as a former late-shift fast food clerk.

If you are happy with the way your relationship is, and how you split your finances, then so be it.
Let no clerk tear you asunder.

It is none of your business what other people think of you. Know that no matter what shade the person behind the sneeze guard throws your way, you are an independent, liberated woman, and you are receiving or not receiving favors from your partner as a matter of choice.

Also, I am sure your boyfriend would have purchased your Chalupa as a special gift to you, had you asked.

With that said, I suggest you consider the question your situation bring to mind: How do you perceive romance?

I was complaining to someone the other day about one time when I dated a younger person, and they talked a huge game with nothing to back it up.

Their highest romantic self promised me cinnamon toast every day for the rest of my natural life.
This was a short-lived affair, yes, but guess how many pieces of cinnamon toast I ultimately received: ZERO! No toast! In my rant to a friend, I stuck out my hand, pointed to my empty palm and said “Can you believe it???? NO TOAST.”

My friend responded that there are different “Love Languages,” and maybe this person’s way of expressing love and care was through words. Apparently mine was through snacks.

People can express love through words, quality time, gifts, acts of service, or physical touch. It’s all a matter of communicating which of these best fills up your “love tank” (barf), and going forth thusly. Maybe it doesn’t generally matter to you whether your dude buys you tater tots. Maybe your “love tank” doesn’t care about that, and gets filled up by his kind words, or handmade presents, or just by holding his hand. If this is the case, then the opinion of a sneering clerk matters even less, because they aren’t even judging you by the appropriate scale. It doesn’t mean your dude doesn’t love you, it just means a fried potato product is not your currency.

There is a brilliant Lorrie Moore book called The Gate at the Stairs, in which the main character, Tassie, is hired to nanny a child who is about to be adopted. She accompanies her new employers to an adoption agency and sees them write separate checks, splitting the cost of the baby.

“Edward and I are splitting this down the middle,” says Sarah. “We like things to be even between us… Though usually they’re not even—just odd.”

I bring this up because it was a moment in the book, in their relationship, that seemed cold and shocking. At some point, the desire for every thing to be one hundred percent equal, impenetrable, and maintaining the ability to escape at any time, compromises the integrity of the romance. Romance is vulnerability, and partnership is freely joining up with another person, gender aside.

How can your heart be wrapped up in clover if you are fiercely controlling all the foliage that surrounds it?

I am not saying that a burrito is the time to roll this idea out, but perhaps as you see yourself down the road, consider at what point or for what reasons you would be willing to money-meld for a greater cause. Where is the line between romance and practicality?

Anyway, Frazzled Feminist, my wish for you is that your love tank remains full of whatever form of fuel you desire. That is what you deserve.

Enjoy your late night snacks, and I hope you get the taco of your dreams.

p.s. What do you think of the idea that chivalry is the payback we women receive for living in a patriarchal society?

p.p.s. This has only a little to do with anything, but here is a fantastic column by Pamela Clark called “35 Practical Tools for Men to Further Feminist Revolution.”

Ps the photo above is from Prairie Dog Pack on Instagram.